Nerf Wars in Vancouver are Back from the Dead – 2021

Our first nerf war of 2021 was last Saturday – and it absolutely kicked butt!  It was a huge turnout, more than any of us would’ve expected.  We were almost too happy.  Yesterday we had the most people at any VBB Nerf War ever, bigger than any of our 2019 wars – and 2019 was before covid.  AGAINST ALL ODDS – first, sports just got allowed again a few days ago from the impact of the gross monkey virus, and second, Facebook ads are universally crippled from the ios14 update.  And surprise, Facebook is where we do all our digital advertising.  Then finally, combining this with the fact that Vancouver was always such a dead zone for nerf in the past – yes, pretty much every other major Canadian city has an established nerf group, sometimes even arenas built for nerf wars.  Vancouver?  Nerf was always a COMPLETE JOKE here – pretty much every hopeless attempt to make a lasting Nerf group in this city eventually DIED without so much as making a peep. VBB 2019 wasn’t too promising.  Until yesterday.  I will remember that day.  And we plan to KEEP IT GOING 😉

Hamburger Hill.  Nerf King of the Hill, but Hamburger, because, the hill is where all the mayhem’s at. First, with 2 teams, and then, 3 teams.  3 team Hamburger Hill was crazy.  Blue, vs Tan vs Green.  Imagine 4 teams.    My loadout: the angry overvolted rapidstrike, alpha strike qs-4 as a sidearm with a 3d printed convenient holster, printed on my tevo tornado, 14kg blue kronos, and DZ Mark 2 Pro – which I turned metallic blue for obvious reasons.  Actually the Dart zone pro – doesn’t even need to be a sidearm – it worked perfectly well as a primary!

The alpha strike is like a nerf triad but with 4 barrels instead of just 3.  I like it.  The darts actually stay inside it too, unlike the triad.  I use it so much I designed a belt holster for it and 3d printed it.  It shoots pretty far.  I’m also surprised that the blaster actually does not use screws.  It’s all plastic snap hooks.  No rubber o rings in the plunger either – just soft plastic and grease.  It fires quite a distance too.  A most interestingly engineered blaster.

Cams loadout – the Nexus BRO, Aeon, 20KG Kronos (yes 20kg, almost no one else can prime it, let alone multiple times during a skirmish), and brass pumped musket loaded buzz bee blastzooka – quite the effective sniper.  Surprised he didn’t use the punisher – full auto overvolted stryfe.  Guess time flied by too quick huh.

Super happy many people had their own gear!  And they all did their homework of signing the online waiver before showing up – which was a real timesaver.  Because sign-in is boring, and playing is fun.  Everyone was a great sport and calling hits was never an issue.

Anyway, check out what the event was like in the video below.  Cam did some awesome fps AND tps view (yes, third person shooting view) using his diy third person rig for getting some video game-like action shots.

’till next week!  If you’re not on the events email list – sign up for it below already!  Or miss out on awesomeness.

Get notified for the next event!

Nerf Brawls, Archery Tag, Snowball Fights, Campfires, Lightsaber Battles, Night Games, Laser Tag outside in the Dark, and so much more outdoor fun happening anytime and anywhere – so get notified by text or email!

Bring out your inner JEDI! or SITH! Welcome to the Old Republic.

Armed with foam swords, you and your team will fight against the enemy army. Hide behind walls, and make sure you aren’t seen as you sneak behind enemy lines and capture objectives before they see you. Work with teammates to corner enemies, eliminate defenders and finally capture command posts for your squad.

The swords are made of foam and do not hurt at all! We don’t swing, we only tap each other lightly to land kills. Safety rules will be explained at the beginning to ensure safe play, and emphasis will be placed on strategy and teamwork to achieve unique objectives.

This game is a really intense workout – you’ll have to run fast to capture and defend your command posts and avoid being eliminated! Get ready for some exciting lightsaber FUN!

No shields allowed for safety reasons. Jedi and Sith don’t use shields. 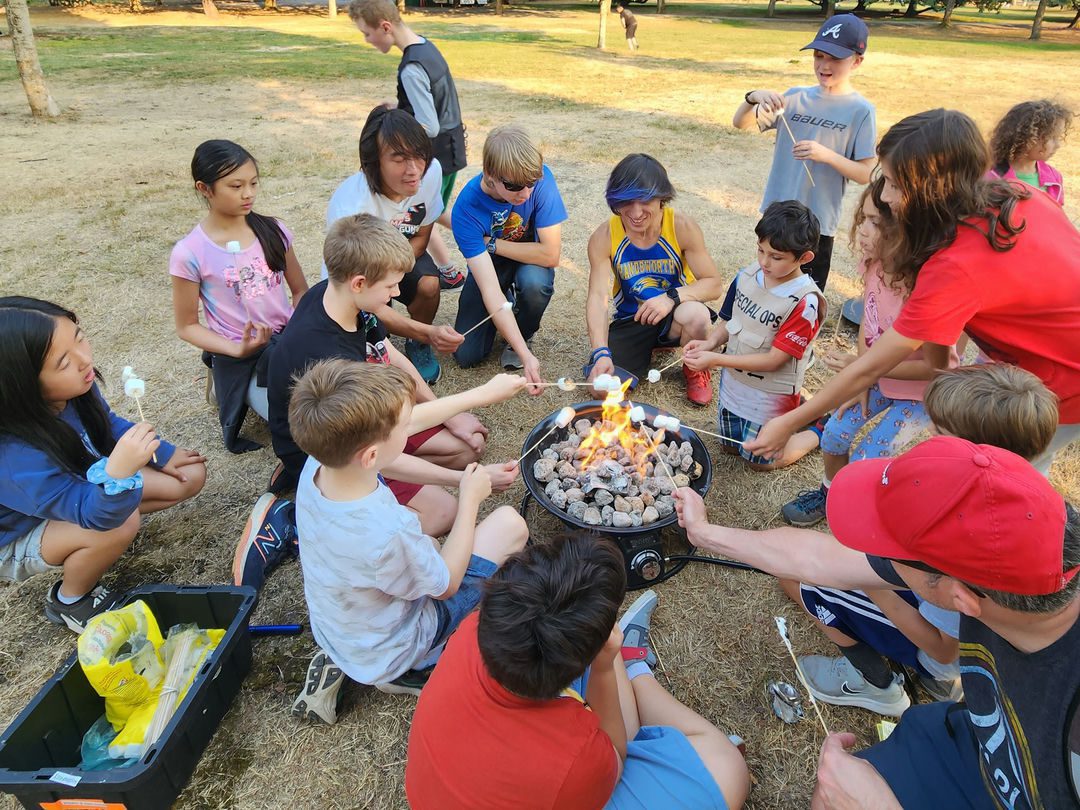 We bring the campfire, the sticks and the marshmallows!!  Just show up, laugh, and have fun!

Get ready for an insane Laser tag game outside! Unlimited range Unlimited ammo and multiple weapons to choose from,  automated health system, engage in the craziest missions ever!  Work with your team to beat challenging game modes such as Conquest ModBomb, Missile Mayhem, and Domination, with glowing objectives that you’ll have to run and capture.  Lots of barriers setup around the field to hide behind.

It’s gonna be a lot of running!

It’s not just one weapon, choose the right weapon for the right situation.  Multiple teams will be in play so get ready for a chaotic match!  You’ll have multiple lives before respawning and the gun will automatically detect hits and has it’s own lives system.  Shoot the other player’s gun to eliminate them.  Most of all its outdoors so its fresh air and it’s a bigger map.  The guns light up and make cool sound effects which make them so much more interesting.  There will be challenging objectives that you’ll have to work with your team to obtain.

You don’t need any gear – Laser Rifles are all provided! RSVP to reserve.

Online waiver is mandatory (once per life).

Choose SMS or Email Invites (or both!)

Nerf Brawls, Archery Tag, Snowball Fights, Campfires, Lightsaber Battles, Night Games, Laser Tag outside in the Dark, and so much more outdoor fun happening any time and anywhere – so get on the list and get notified!

Like Hunger Games in real life! The combat will be INTENSE – you’ll have to run, shoot, take cover, and use teamwork to defeat the other team in a strategic combat scenario. You don’t need body armor, the arrows are foam, just bring safety glasses. Make friends and shoot ’em too!

Bows and foam Arrows are all provided.  RSVP to reserve a bow – only 30 max. available.

Bring eye protection. We’ll have everything else.

Online waiver is mandatory (once per life).

We all shoot the ammo so we all pick it up. Team cleanup is the last ~10min of the brawl. If you need to go early, pls clean up early, and let us know in advance.

NOT your average nerf war – INTENSE gameplay, lots of HUGE BARRIERS, and action-packed team based objectives! This game will get your heart racing, adrenaline pumping, and it feels like all out war! This is for anyone looking to have a TON of fun and get fit, play a NEW & EXCITING activity unlike any other, and easily make new friends in this very interactive combat game! While getting shot might sting at most, you certainly won’t get bleeds and bruises.

The game mode is always a surprise. It could be a Shoot and Loot game mode -ie. you shoot someone and take their weapon. Therefore, be prepared for this by always having a blaster that you are okay with someone else nabbing off of you in-game.

We all shoot the ammo so we all pick it up. Team cleanup is the last ~15-20min of the brawl. If you need to go early, pls clean up early, and let us know in advance.

If there’s snow on the ground it’ll be darts only. Otherwise it’s darts and balls.